Legacy and Artifacts, what we leave for others

Legacy – “something of value left by one who has come before.”

Last week I was invited to a chapel service at Holmes Bible College by my friend and author Chris Maxwell.

It was a good service. Chris is an engaging speaker and the students led worship and other elements that made up the service. 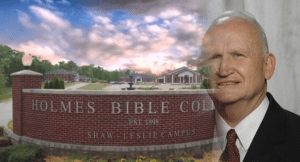 After the chapel service I had the privilege of meeting the president of the school, Dr. James Leggett and former interim president Dr. G. Earl Beatty. I learned that both men had announced their retirements from a life of full time ministry.

We shared lunch in the school cafeteria. Over lunch Dr. Leggett shared his history intertwined with the history of Holmes Bible College. Leggett attended Holmes as a High School student, the same school he was now retiring from as president.

I also discovered that he knew my wife’s grandparents and was their guest at Sunday dinner many years ago after preaching at the little church across the valley from their home. Sometimes histories are intertwined more than we know.

I discovered that Dr. Beatty had preached hundreds of sermons over the years, all read from written text. Beatty would write each sermon down in its entirety and then read it from the pulpit. Chris Maxwell admitted that he had been a frequent witness to those read sermons and that the the presentation was powerful, much different than sermons from notes or memory.

I wondered what would happen to all of those written sermons after Earl Beatty disappeared from public life. And after Leggett was gone, who would share the history of Holmes Bible College with tomorrow’s students and visitors?

What legacy would James Leggett and Earl Beatty leave for those who would come after?

In one sense, the answer is an easy one. Both Leggett and Beatty have spent their lives in the business of training students for Christian ministry. Those students have multiplied what they received from these two men and others, affecting lives (present and eternal) exponentially. In that sense both men have left legacies of a scope that can only be fully realized in eternity.

In another sense, though, I wondered about a more temporal legacy these men would leave.

A book is more than a book.

Some time ago I heard former Thomas Nelson CEO and Platform guru Michael Hyatt say that a printed book is an “artifact.”

A legacy isn’t a book. A legacy is a life, and the things done in that life that leave “something of value” to those who come after.

A book, however, is an artifact, a record, something left behind to tell the story of that life and legacy.

The legacies exist already. They were built from lifetimes of service. But I want the stories to remain also, to be remembered, to be “artifacts” that faithfully record and preserve the stories, ideas and histories that built the legacies.

The “artifact” insures the possibility that some day it will be read by someone who has come after, and that reader will discover the stories, ideas and histories left for them by those who came before, and the hope that the reader will understand that there is common thread that binds us.

I imagine the possibility of my grandchildren one day driving by Holmes Bible College, just past the market, on their way into town and remembering the story about how their grandmother had a grandfather, and that he once built a little brick church in a quiet rural valley, and that a young preacher once came to Sunday dinner at their great, great grandfather’s home, and that the young preacher eventually became the president of this same Bible college he attended as a student. And the possibility that my grandchildren would feel a sense of history, and a sense of the legacy left for them by those whom they had never met in life, and understand that those who have gone before also share a scene in their own stories. And the possibility that it would be a story worth sharing with their children one day.

That’s why, when I meet men like James Leggett and Earl Beatty I say, “You should write a book.”