Explore the Bible in the language of Jesus 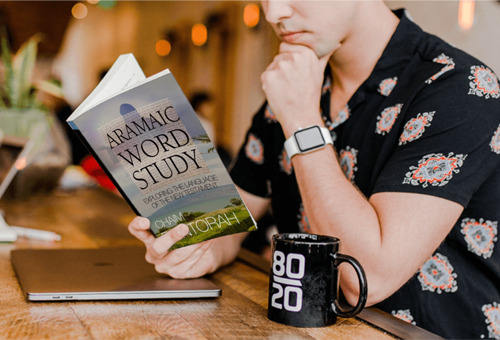 Aramaic Word Study: Exploring the Language of the New Testament 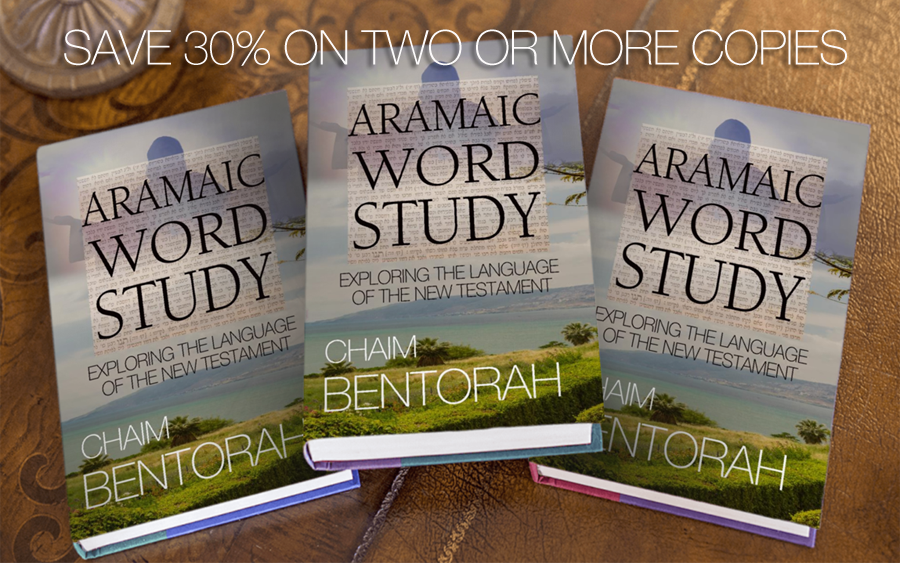 Share with a friend! Save 30% on two or more copies!

Jesus and the Apostles spoke Aramaic, the native language of Israel and the surrounding territories at the time. As religious Jews, they also knew Hebrew because the Torah was written and read in Hebrew, but their everyday language was Aramaic.

Today, mainstream Bible scholars agree that portions of the Greek New Testament, especially the Gospels were taken from what was already written down in Aramaic. Some scholars believe most of the original New Testament was in Aramaic.

Here’s the question: If Jesus and the Apostles all spoke, preached, and ministered in Aramaic, and if Jesus’ words and the story of his life were first written down in Aramaic why don’t we study what they said in Aramaic?

If Christians believe that every word written in the Bible is sacred, even though the Bible we read today is a copy of a copy, and a translation of a translation, shouldn’t we also at least consider that the actual words Jesus spoke, in the language He spoke them, and the language the first gospel writers wrote them in are also inspired, and worth exploring?

Join ancient languages scholar Chaim Bentorah as he guides us in exploring the language of the New Testament.

“I am thrilled to share the truths that Chaim Bentorah and his ministry has gifted us with. The language of the Bible is a powerful and needed study for the believer. Chaim Bentorah’s insight and experience unfold in every book I read. They are from a teacher, which comes out in the pages so even the novice like myself can benefit accurately. I am so grateful for the materials that are available.”

Relatively a newby to Hebrew instruction but deeply enthralled by the ancient language – I particularly like Chaim Bentorah’s method of presenting his expertise and experiences – not demanding a “following” to his line of thinking but rather opening the door, allowing me as a reader/student to peek inside – to taste and “see” the Lord is good for myself. Thank you, Mr. Bentorah, for balanced, legitimate teaching.

“If you want to move deeper into discipleship, then Chaim Bentorah’s word studies will prove to be a bright light on your path into God’s heart for you. Let God’s word move from head knowledge to heart knowledge by finding out what certain words truly mean.”

The Hebrew and Mentoring class with Chaim has been transformational in my walk with the Lord and how I study the Word.  It brings depth and a richness of meaning unlike any other study I have done, and I am able to share some of the insights with others that I disciple.  I love how Chaim is so in tune with the heart of God and it translates through his teaching.  I would highly recommend the All Access Program.
Andrea

“I feel refreshed and alive after every teaching. Chaim Bentorah’s writings not only teach the meaning of a verse, they get underneath the surface and reveal God’s heart. It causes me to want to cast aside my western assumptions I have projected onto the scriptures for so long and start over again. I look forward to the journey ahead. Thank you!”

“I had asked The Lord to give me insight regarding the online access program, and the strong unction in me to join. And the following sums it up well. On January 5th, 2019 Saturday, during the class, I became very drowsy, fell asleep, and saw the following.
A very brilliant bright sheet/mantle made of gold threads swaying above me, then 2 hands holding a silver wicker basket-tray filled to overflowing with vibrant green herbs, brings and places it in front of me, on the table I am seated at. Then I awoke.
Gold = divine.
Green herbs = food.
Here it is, you are serving ‘Divine Food.’
Thanks, God bless.”
"Affly"