How to write a Book in 30 Days – Create Chapters 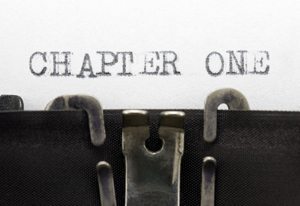 The first step we took on this journey was to simply ‘begin writing’ – to develop the habit of writing on a regular schedule. In the end, writers write; if you’re not writing regularly you may want to be a writer someday, but you’re not a writer now.

Writing regularly and writing a book are two different things. A book is an idea or collection of ideas, structured around a central theme in logical progression, in long-form (let’s say from 30,000 to 300,000 words).

Collecting those ideas and structuring them around a central theme in logical progression is what we’ve been practicing in our last three sessions – the ones that come after ‘begin writing.’ Those next steps are:

Now that we’ve developed a habit of writing, gathered our ideas, plotted our course, and created an outline, we can get down to the business of writing a book! This is the good part; it’s also the ‘work’ part. Let’s begin, shall we?

At this stage, we’ll begin putting flesh on the bones of the skeleton, the structure, of our outline. Using the outline you’ve created from our last session, simply begin at point (1) in the outline, or your first bullet point under point (1) and begin writing what’s stored up inside you. Nothing happening? Nothing ’stored up’? That’s a common feeling … more like a universal feeling among writers when they face a blank screen. Here’s the cure: just begin writing. Don’t worry, don’t think; just begin writing. Whatever you write now is just between you and the screen; nobody is looking over your shoulder, nobody is judging it. Ernest Hemingway said, “There is nothing to writing. All you do is sit down at a typewriter and bleed.” He also said, “The first draft of anything is sh*t.” If Hemingway admitted it, it’s okay for us to face it. Just pick your first point on the outline and begin writing. This exercise, besides putting flesh on the bones of your book will reveal two valuable results:

Click here to see how I have begun ‘fleshing out’ the sample outline I created last session. You’ll see that chapters 1 through 5 have some flesh on them and 6 – 18 have just the bullets from the outline. I’ll begin fleshing out those chapters next.

Now it’s your turn. Get started!

* Note: In our next session we’re going to take a short writing break and talk about writing for your audience (a lot of starving writers hate this part, that’s why they’re starving). Who’s going to buy this book you’re writing and why we need to talk about it now before we go any further.