Does History Repeat Itself?

Can the Persian Empire’s ancient past tell us what’s coming for America?

A Note From Chaim Bentorah: As a student of history, I see events of our ancient past repeating themselves. The ancient Persian Empire introduced freedom of religion, diversity of culture, and honored the Jewish people. I see history repeat itself with the United States as a modern Persian Empire that introduced freedom of religion and diversity of cultures to the world.

I particularly like Chaim Bentorah’s method of presenting his expertise and experiences – not demanding a “following” to his line of thinking but rather opening the door, allowing me as a reader/student to peek inside.

“If you want to move deeper into discipleship, then Chaim Bentorah’s word studies will prove to be a bright light on your path into God’s heart for you.“ 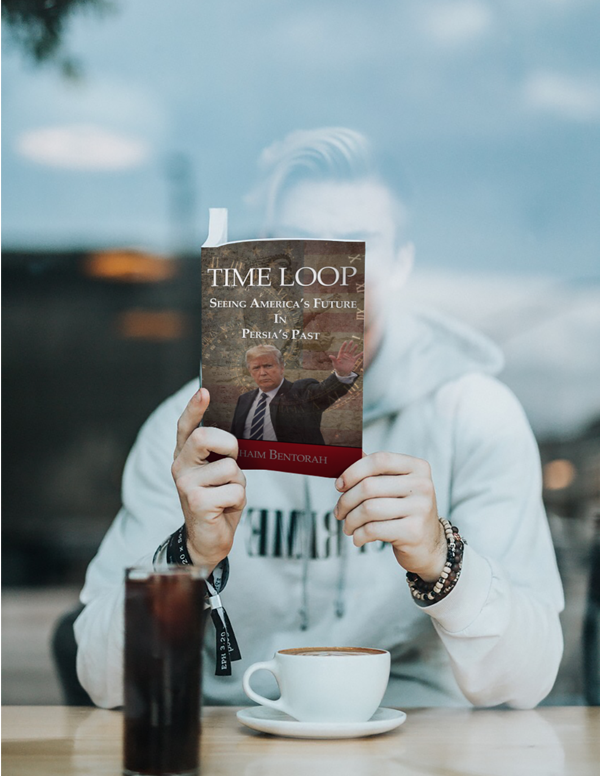 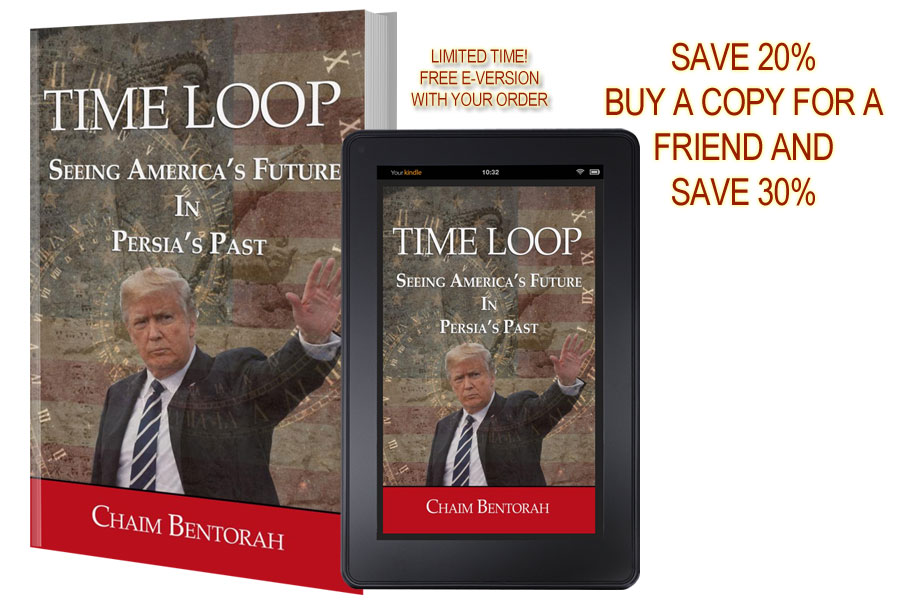 I am thrilled to share the truths that Chaim Bentorah and his ministry have gifted us with.

I feel refreshed and alive after every teaching. Chaim Bentorah’s writings not only teach the meaning of a verse, they get underneath the surface and reveal God’s heart. It causes me to want to cast aside my western assumptions I have projected onto the scriptures for so long and start over again. I look forward to the journey ahead. Thank you!
Ryan

Suppose this theory of history repeating itself is true.

In that case, just as the Persian Empire did, there will come a time when internal conflict, a decline in world power and influence will come, causing the United States to back away from Israel. There will arise leaders who oppose Israel just as there arose kings in Persia who would eventually oppose Israel. By that time, Persia was no longer a world power. Is that the fate of the United States?

Do we see history repeating itself right now? Even in the coming year?

Give a copy to a friend! 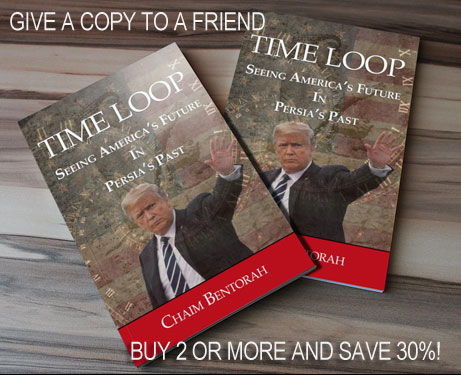 When he became king, Darius claimed to be restoring the kingship to the rightful Achaemenid house (Persia’s founding family).

Darius was met with much opposition. He was accused of being an outsider and not of the royal family. There were many coup attempts, but he miraculously held his office.

Strengthening his army, Darius managed to consolidate and strengthen Persia’s international powers during his reign.

In 519 BC, Darius authorized the Jews to rebuild the Temple in Jerusalem. This was in accordance with an earlier decree of Cyrus but never carried out until Darius. Darius officially recognized Jerusalem as the capital city of Judah.

Darius’ name means “he who  holds firm the goodness.”

History notes Darius as an Architect, whose building projects reflected a style that remained unchanged until the end of the empire.

Donald Trump, President of the U.S.A.

In his inaugural Donald Trump stated, “we are transferring power from Washington, D.C. and giving it back to you, the American People.”

Trump’s presidency, has faced opposition and numerous attempts to remove him from office. Many of those loyal to his predecessors have not recognized Trump as the legitimate President.

Similarly, President Trump established an American Embassy in Jerusalem, officially recognizing Jerusalem as the Capital of Israel. Something promised by his predecessors but never carried out until Trump became President.

Trump’s name in Hebrew would be chatzar, which means “one who holds things together.”

Trump is a builder who has assumed a style of Architecture in this country and other nations, which will remain unchanged for many years to come. He has brought a metaphorical style of building within the government that will have a lasting effect.

On the negative side, Darius started a conflict with the empire of Greece. His successors were so focused on these events and internal problems that they failed to give any support to the Jews in the Promised Land, leading up to a war of Independence led by the Maccabees. There is no mention of Persia, as it was in a state of decline on the world stage.

Should we follow a similar timeline, Trump will again lead this nation, to retain its status as a superpower, restore our economy, and bring Israel into a time of freedom and power. He may also start a feud with a powerful nation that will eventually bring the United States into a state of decline, such that Israel will be left to fend for themselves.

But that timeline not set in stone. Our grace period could very well end in approximately 2026. Then again, it may not, and none of this may happen. We could just keep plugging along as we have been.

I am not a prophet, and I have no supernatural inspiration, vision, or dream. I only have history and God’s Word.

My dates are approximate. My glimpse of the future is guesswork. The only thing I can speak with surety is that the next president has not been decided.

God has two timelines (maybe more), one for each candidate. Which one will lead us to a period of grace or destruction is not known, perhaps either, as our future will not be decided by who is in office.

God has shown in His Word, and in history, that the direction of a nation is in His hands, and the choices His people make. He can use a man claiming to be a god, like the Pharaoh, a tyrant like Nebuchadnezzar, a rascal like Cambyses, or a usurper like Darius. But He cannot do it without the power of prayer. The release of our wills, through prayer, to God’s will on a field where weapons are the power of influence and ammunition is the will of the people.

“Chaim Bentorah” is the pseudonym of a Gentile Christian who taught college-level Biblical Hebrew and is an Amazon Bestselling Author.

He prepared his students to take the placement exams for graduate school. He has now developed a method of study where he can prepare any believer, regardless of age or academic background, to study the Word of God using Biblical Hebrew.

Chaim Bentorah received his B.A. degree from Moody Bible Institute in Jewish Studies and his M.A. degree from Denver Seminary in Old Testament and Hebrew and his Ph.D. in Biblical Archeology. His Doctoral Dissertation was on the “Esoteric Structure of the Hebrew Alphabet.” He has taught Classical Hebrew at World Harvest Bible College for thirteen years and also taught Hebrew for three years as a language course for Christian Center High School.

He presently sends out a Hebrew word study to thousands of subscribers each day and hosts the in-depth biblical Hebrew learning platform. 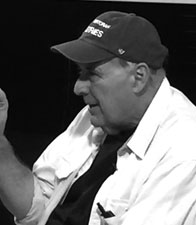