Publishing the One New Man Bible

William (Bill) Morford has written four successful books (we’re releasing the fourth next month). But the most successful, by far, is the book he didn’t write. Bill Morford is the translator and editor of the One New Man Bible.

Bill and I first talked about the One New Man Bible seven years ago. He sent me a copy of the New Testament he had already translated from the original Greek several years earlier. Reading just the Lord’s Prayer in Matthew from this new translation was enough to know that we had to publish this Bible. I had never published anything as big and complex as a Bible. I had no idea what would be involved, but I knew we had to do it.

Bill was a Greek scholar and not a Hebrew scholar. He would need help with the Jewish Scriptures; what Christians irreverently refer to as the Old Testament. He received help, years of it, from Rabbi Eliezer Ben Yehuda, grandson of the Eliezer Ben Yehuda who brought Hebrew back to life as the official language of Israel.

Finally, there would be an English Bible translation that brought the original Hebrew and Greek perspective, idioms, and understanding to life; reminding Christians that Jesus (Y’shua) was Jewish, his followers were Jewish and he ministered to the Jewish people. Understanding God’s Word in a way and from a perspective that it was first presented opens Scripture up to 21st Century Christians in a new way.

We made the commitment, not knowing what the outcome would be. We spent months editing and typesetting the Bible. We inquired at every major Bible printer, finally finding the world’s largest Bible printer in China. When we finished preparing the layout we sent the files, and a lot of money, to China. Sending the money was a required gamble. They wanted to be paid upfront, four months before I would see the first Bible. If I never saw the Bibles, what would I do, sue someone in China? And I’d never published a Bible before; I didn’t know if we would sell the first one. But I knew we had to publish this Bible and the only way to do that was to commit. So we committed.

Then things began to happen. 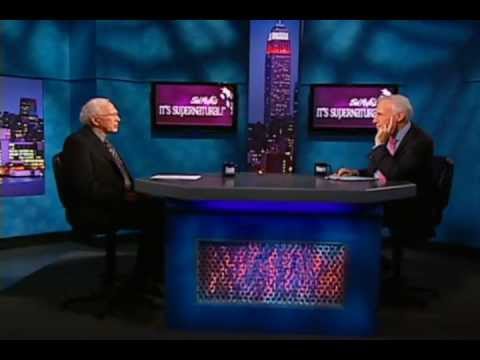 We received a call from an international television show. They wanted to do a program about the One New Bible. The show’s product manager asked if they could buy some. I said sure and quickly figured that since I didn’t know if we would sell any ourselves, I offered him 1,000 Bibles, half of our print run. He told me that 1,000 Bibles wouldn’t work. Now I was really getting disappointed, imagining that 1,000 was way too many for them. He quickly added, “We’d like 5,000 Bibles.” After I suppressed a choke I said, “Sure, no problem.” The minute the call was done I emailed the printer and increased our print order.

In a flash, my paranoia ran to the Bibles. The pages are blank! The covers are falling off! They’re all in Chinese! In a second my mind raced to every horrible conclusion. I tightened up my girdle and replied, “Really? What’s the problem?”

They sold out!? In an hour and a half, they sold out? We spent that day and the next finding and arranging a printer who could deliver Bibles (for a price) in just five weeks, not four months. Four weeks later, a week before the second printing arrived, I received another call from the product manager. “We sold out again.”

They sold out of the second print run, a week before it arrived. We spent the rest of the year catching up to demand through another three print runs.

We’ve sold more than 75,000 Bibles, not just to the TV show, but to thousands of readers all over the world. We’re on our eleventh printing now.

The One New Man Bible has been a huge success for us and for Bill Morford. His other books have been successful as well, partly because of the Bible’s success.

Moral of the story

Bill Morford wasn’t backed by a university or huge Bible translation organization; he had never undertaken a project like this. But he knew it was his purpose and mission to create a Bible translation that opened up the power and tradition of the original languages to Christians. He wasn’t funded and he didn’t know what the outcome would be in advance. But he committed. He put in the years of work and his purpose became a reality.

We were a new, small publishing company (still are), but when I read the Lord’s Prayer in this new translation I knew we had to publish the Bible. We had never done anything this big, didn’t know if we had the resources, and we had no idea what the outcome would be. But we committed. And the One New Man Bible became a reality.

As an author, you may not be completely sure what the outcome of your work will be. But I imagine that you know this – you have to do this thing. It’s been put in your heart and mind and you need to see it through. Commit. The outcome may be greater than you ever imagined.