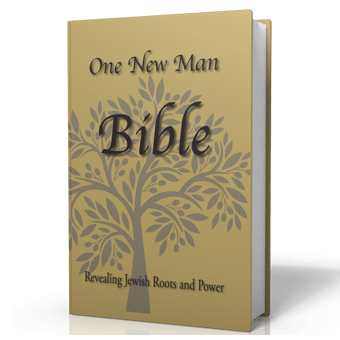 The problem with most English translations is that English doesn’t easily convey the full meaning of the Hebrew and Greek language of the original Bible books and translators often opt to translate the Hebrew and Greek manuscripts into a modern English context rather than the context in which the original authors meant and the original hearers understood. What this means is that when we read English translations of the Bible today, we’re often not reading what its original authors wrote, and we’re not understanding what the original hearers understood. We’re reading and understanding ‘our’ Bible in ‘our’ context, not the Bible as it was first written, not in the context it was first received by the first believers.

Since the original books of the Bible no longer exist and most of couldn’t read the Hebrew and Greek if they did exist, how can we understand what the original writers wrote and what the first believers understood? Firstly, since only copies of the original books of the Bible exist, it would be safest for us to seek out the earliest, most trusted copies (before later scribes started altering them to fit current ideas) of the original. It’s from those early, most trustworthy copies we can begin translation into a language we can understand. A lot of translators throughout the history of the English Bible have done this (a lot haven’t).

Secondly, if we’re going to translate those early Hebrew and Greek manuscripts to mean exactly the same in English as the original writers meant in Hebrew or Greek, we’re going to have to understand the culture and the language at the time those books we’re written. In other words, we’re going to need to understand what the writer meant and the hearers understood in the context of their own time and language. For example, if I come in from a sudden rainstorm and tell you, “It’s raining cats and dogs!” You understand that the rain is coming down hard – cats and dogs are not literally falling from the sky. In an example from the NIV Bible, Matthew 6:23 says, “But if your eyes are bad your whole body will be full of darkness …” In English, on our modern context, we could take this passage to mean several things. We might think Jesus is saying that if we look at sinful things it will have  sinful effect on our whole body. But that’s because we don’t understand what having a “bad eye” (the more accurate translation is “evil eye”) meant to the people Jesus was speaking to. What having an ‘evil eye’ meant to Jesus’ audience was that the person was stingy – Jesus was speaking them about greed and stinginess; His audience knew what He was talking about but unfortunately, when we read the English Bible today, we don’t know what He meant.

Sadly, because of the English Bible and other language iterations through history, most Christians don’t even know the name of their Savior. Y’shua was born in Bethlehem. Y’shua taught the multitude on the hillside overlooking Galilee. Y’shua died on the cross for your sins. Y’shua returned to heaven to be with His Father and prepare a place for those who believed in Him.  The English name we’ve given Y’shua – ‘Jesus’ – is a 17th century English iteration of a German iteration or a Latin iteration of a Greek iteration. Christians should at least know the name of the One they believe in. The name of Y’shua’s brother, by the way, was Jacob, not James.

So where do we turn if we want to understand more of the Bible in the way its writer’s meant it and in the way its hearers understood it? Try the One New Man Bible. It is translated from the earliest, most trustworthy manuscripts. It brings the Hebrew meanings and the power of the Greek language into a readable, fascinating English translation. The One New Man Bible includes thousands of notes and a 200+ page glossary explaining the scripture in the terms of those who first wrote it and experienced it. Y’shua is Y’shua and Jacob is Jacob in the One New Man Bible, as it is meant to be.

Experience the One New Man Bible for yourself. Just click this link for free e-version of the Gospel of John (appropriately and accurately titled ‘According to John’).