Wired for Success: Programmed for Failure 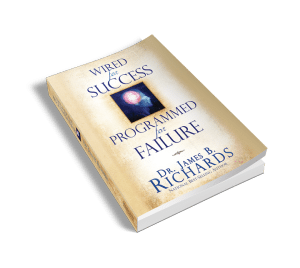 It is inherent in the fabric of mankind to make one’s life better. The desire to succeed is part of our permanent internal wiring. Yet, nearly everything and everyone in our life has unintentionally played a role in programming us to accept certain limitations.

The majority of people live within invisible, impenetrable boundaries that have become the accepted limits of their success! Over nine billion dollars was spent in 2005 on self-help and motivational training in a disappointing attempt to expand our success boundaries. Future projections are staggering. At best, however, most participants seem to get temporarily charged up only to eventually succumb to the same limitations they sought to change!

For the past 50 years, success literature has primarily been filled with gimmicks, tricks and shortcuts. Most people are weary of trying, gaining momentary ground, only to land back where they started. But now there is a way to move those internal boundaries and break through the glass ceiling that has held you hostage! The missing element from all these approaches has been the beliefs of the heart! Apart from an internal belief system that supports success all efforts to move forward will be stressful, temporary and unattainable. However, when the beliefs of the heart create a sense of self that is able to experience success and prosperity, everything you’ve ever learned now becomes effective in your life.

Wired for Success, Programmed for Failure is the matrix around all the pieces of the puzzle finally come together to bring you into the most incredible success you have ever imagined! Dr. James B. Richards has helped thousands of people around the world break through to new levels of success, and this how-to book will be the key that makes it all happen for you!