Signs From Heaven: What the Stars Want to Tell You!

The stars have a story to tell. It’s not from some mystic quality that they possess or their presumed influence on men’s lives. It is because God pre-programmed their positions and orbits to coincide with future events. He did all this before He even had created man. Everything was known to Him beforehand. Now that we have been able to mathematically describe the planets’ orbits and patterns, we can unlock their secrets. We can look backward and forward in time and find their exact positions. By comparing historical events with what the stars said in the past we can de-code their messages. And by comparing the future positions of the luminaries with Biblical prophecies we can determine when these events will take place! The stars have the answers to questions that have seemed impossible to be solved. When was the exact date of the Messiah’s birth? When was Y’shua’s crucifixion? When will the man of sin be revealed? When will Israel enter into a seven-year peace treaty with him? Is there a rapture? When will the final 1260 days begin and when will they end? The stars have the answers to all these questions and more. When you learn the language of the stars and the reason that God designed them, you will know the future. The stars are displaying the events like a majestic theatrical production. Just don’t wait too long, the show is already in progress! Includes 20 page color photographs of the heavens insert. 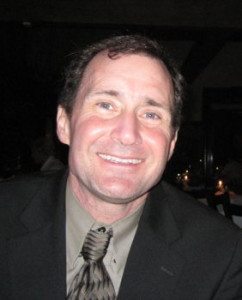 What do you do when two prophets, on separate occasions, mention that you will write a book? That is exactly what happened to me! My immediate thought upon hearing this for the first time, on March 14, 2013, was, “I wonder what it will be about?”

When I started looking into the Blood Moon phenomena, after watching a video by Pastor Mark Biltz, things started to come together. I didn’t really want to write a book. There seems to be so many books out there already. I feel like I have purchased half of them!: yet, I have found so few that made any difference at all in my life. The world doesn’t need just another book!

I thought that Pastor Biltz’s information was interesting, and no doubt significant; but I wasn’t going to get too excited until I had studied the matter further. I did just like he said; I downloaded the NASA data and analyzed it myself.

At about this same time I came across another video by Scott Clarke concerning another heavenly phenomenon. Again, I knew that Clarke was on to something, but I wasn’t going to be totally convinced until I had examined the data.

The project just grew from there, and with my continually asking the Holy Spirit for knowledge, wisdom and understanding, eventually I gained so many “fascinating” insights that I felt compelled to put them down in writing.