A Conspiracy of Angels

What happened to the angels that rebelled and were cast down from Heaven? It is evident that they were imprisoned in earth’s vicinity; their former galactic freedom taken from them. From henceforth, they must share life space with God’s earthly creation. Do they continue their rebellion toward God and His plan for earth and its creatures? Has Satan, their deposed leader, conspired with his hierarchy to follow an eons long campaign of evil? We can say with reasonable confidence that there has never been a book on the subject of angels like A Conspiracy of Angels

Do you think faith is all about ‘Name it and Claim it’? Think again. Faith is about obedience and victory. Go deeper into your faith walk.

Do you know God? Do you know how He wants us to know Him? Understanding the attributes of God from God’s perspective is key to miracles being manifested in your life. Live from Agape Christian Family Church.

The difference between victory and defeat is power; but as Christians, why is it so difficult for us to access the power of God’s power in our lives?

God’s power was evident in Jim Spillman’s worldwide ministry. Learn how to understand God’s power and turn it on in your life.

A Jim Spillman classic! Recorded live at Rhema Bible Institute. These four hours of live teaching share how to fully access the Gifts of the Holy Spirit without abusing them.

As Christians, why do we not do what we know we should and why we find ourselves doing the very things we know we shouldn’t? The Apostle Paul asked this very question in Romans 7. In this extensive five and a half hour teaching series Jim Spillman deals with how the inner man must fit within our whole spiritual context.

Where the greatest treasure in the world is buried?
Why Russia will attack Israel?
The secret behind the battle of Armageddon?

Author Jim Spillman teaches his theory of the biblical promise of oil for Israel in the Last Days. This is the teaching that inspired The Great Treasure Hunt, the book that started the search for oil in Israel based on God’s promise to the Children of Israel in the Bible. 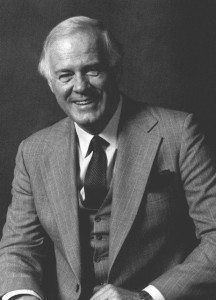 Jim Spillman, author, evangelist, and Christian educator was widely known for his charismatic ministry and personality. An ordained Conservative Baptist minister since 1960, Jim served in many churches of varied denominations and backgrounds. As an evangelist and author Jim used his unique mix of spiritual and educational depth with humor to reach people where they were. Audiences around the world were captivated by the power of God demonstrated in his life and brought to Christ for salvation, baptism, healing, and other mighty works of renewal. His background in education allowed him to develop a highly successful teaching style, enabling students to learn great volumes of material of the Word of God in a short length of time.

Jim possessed one of the largest personal libraries in the ministry with many thousands of volumes on the shelves of his converted barn library. The section on eschatology (end-times) alone has several hundred volumes. With undergraduate and graduate degrees in history and Greek, his library specializes in these subjects. Jim used this vast treasure as a resource for his writing.

Jim left this earth for his eternal home in late 2002. His work, however, continues to touch people’s lives through books, and recorded material that remain as fresh and relevant today as when they were first produced.