The future of Christian publishing part 2

The future of Christian publishing should be considered on two levels: Technology and Ideology.

This is part 2, of a 2-part post on the future of Christian publishing. Click here to read part 1. 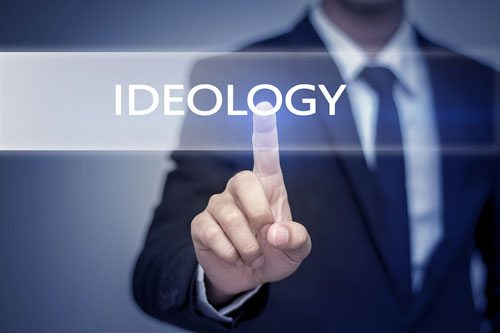 The major difference between Christian publishing and secular publishing is the message. The Christian message is one of Kingdom come; a King reestablishing His Kingdom on this rebellious planet.

The message of secular publishing is more involved with this kingdom the way it is now, with its subjects taking charge and trying their best to hold the King in the periphery or deny Him altogether.

The closer His Kingdom does come, the more pronounced the difference between the Christian message and the secular message becomes. And because almost all of the major communication platforms are owned and controlled by those with a secular ideology, their hostility toward the Christian message will grow.

What does this mean for those of us whose lives are committed to sharing the Christian message?

Here are five ideas on which to anchor our ideology strategy:

Work while the sun still shines. There is a battle of ideas being waged daily; this is painfully obvious in every form of media. But this battle hasn’t yet escalated to the point where the Christian message is being universally suppressed. The platforms and media that technology has made available for sharing the Christian message with the world are still wide open. Take advantage of them as much and for as long as possible.

Don’t mistake the shopping mall for home. Social Media platforms like Facebook, Twitter, YouTube, etc. are public places owned by someone else – like a shopping mall. They can be a wonderful place to visit, open up shop, meet new people, and reach the world with your message. They facilitate the sharing of ideas, and audiences aggregating around ideas and interests. They are powerful, efficient and effective platforms for sharing our message with the world. But they’re not our home.

Prepare to be blackballed. Public Social Media (Facebook, Twitter, YouTube, etc.) and e-commerce (Amazon) platforms are owned and controlled by others, others with a secular agenda and worldview. The day the Christian message becomes unpopular or offensive to the secular agenda, those who control these public platforms can and will simply “turn off” Christian channels, pages, and products in their attempt to “turn off” the Christian message. Know it’s coming.

Understand the real goal. The real goal of Christian publishing is to reach the world with the gospel – the good news of God’s Kingdom and how it is demonstrated in a million stories, a million books, from a million perspectives. All Christian books, all Christian messages, whether fiction or non-fiction, Bible study, spirituality, commentary, lifestyle, evangelism, parenting, testimony, men’s interest, women’s interest, or children’s should point to the same message, the Kingdom of God.

Use the unique platforms we’ve been given to share the Christian message. Understand that persecution will come as the Kingdom draws closer, but don’t worry about it. The gospel has always spread best in persecution. That’s the real goal.

Click here to read The future of Christian publishing part 1.