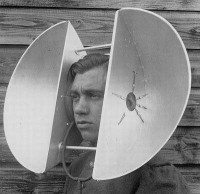 Author Steve Maltz, in How the Church Lost the Way writes about how the 21st-century Christian church has evolved into something very different than what it began as in its first century, and how, as Christians, to get our collective spiritual life (church) back to its first-century roots.

Where would Steve go in the digital world to find his potential audience, join the conversation, and introduce himself and his book in the process? The answer is pretty easy and instant: a quick Google search (I typed “how to fix church” and Google instantly suggested, from it’s most popular posts, “how to fix a broken church”). Google’s first page results revealed eight existing and very popular conversations that Steve could immediately join by simply posting a comment to the conversation. For example, the first search result for “how to fix a broken church” is the 2011 article “10 PROBLEMS OF A DYING CHURCH (AND HOW TO FIX THEM)” from the Sojourner’s popular blog. Steve just clicks on the link to read the article and leaves a relevant comment to become a part of that conversation. He can even choose to be notified by e-mail whenever a new article is added to the blog or someone posts an additional comment. Steve, by posting his comment and choosing to become an ongoing part of the ‘church guy’ conversation, has just introduced himself to thousands of potential readers (buyers) of his book! Now Steve can investigate the other seven top Google results and become a part of those conversations.

There you go! You’ve just invested sixty minutes to find and join the most popular conversations on your book’s subject in the digital world and opened the door to sharing your book with thousands (maybe more) of potential readers who have already shown that they’re interested in your book’s message. Not bad for an hour’s work with $0 invested!