The Five Best Books On Writing

I wanted to give an early Christmas gift (or maybe just a few ideas for your own Christmas list). I have a lot of books on the rules for writing and the business of writing, but my favorite books on writing have always been on the craft of writing – the magical, mundane, scary, boring, procrastination inducing, obsessive-compulsive craft of writing that makes a writer a writer. I’ve picked out my five favorites to share with you. There are a lot great books on the craft of writing; to me, the five listed below are the best of the best. If you’re a serious writer these books are, most likely, already on your shelf, if not they need to be. If you’re stuck for an answer when a friend or relative asks what you want for Christmas this year, you can hand them this list and say, “I’ve got one and three, but two, four or five would be swell gifts!”

Here are my top five: 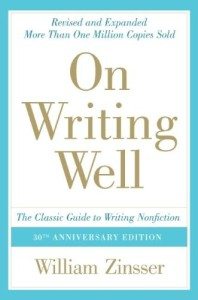 On Writing Well has been my ‘go to’ book on writing for thirty years. I was introduced to this book by a junior college creative writing professor whose job was to turn would be writers into acceptable storytellers; she tried valiantly. Zinsser, through this little book, is the college professor (now retired, ironically due to advanced Glaucoma); to many of America’s best professional writers. If they could choose only one book on writing, they would choose On Writing Well.

Author James J. Kilpatrick boils the lesson every writer must take from this book: “Zinsser’s sound theory is that ‘writing improves in direct ratio to the number of things we can keep out of it.” If you’re serious about the craft of writing, On Writing Well is as necessary a tool as your writing pad and keyboard.

Check it out on Amazon: On Writing Well, 30th Anniversary Edition: The Classic Guide to Writing Nonfiction 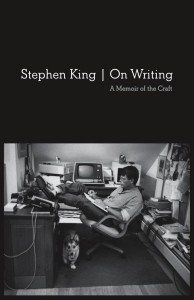 King is tireless. He’s the Super Bowl MVP of popular storytelling; maybe not for the spiritual depth or profound philosophical insights (although it it possible to catch a few nuggets in King’s work) but for the sheer mass. Stephen King writes and writes and writes – he produces stories and plenty of them. King is a workhorse, and he has plenty to say about th

hic as a writer, “Amateurs sit and wait for inspiration, the rest of us just get up and go to work”; and his commitment to the story, “In many cases when a reader puts a story aside because it ‘got boring,’ the boredom arose because the writer grew enchanted with his powers of description and lost sight of his priority, which is to keep the ball rolling.” I love him for both.

Check it out on Amazon: On Writing: 10th Anniversary Edition: A Memoir of the Craft 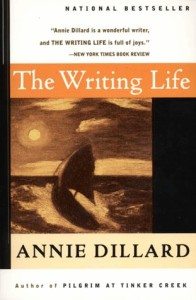 Annie Dillard lets us into her life as a writer, She breathes and bleeds, she gets hopelessly stuck and she follows trails she creates with words that lead

her where she does not know. The Writing Life is a very personal book, and by sharing her life with us, we know that the writing life is not something we alone have struggled with, endured, rejoiced over, been terrified by and found that rare peace that comes from opening our soul to the world. Thanks Annie, you inspire me.

Check it out on Amazon:  The Writing Life

The War of Art, Stephen Pressfield

Every writer is gripped by the paranoia that he/she is a fake, an imposter; the unfounded terror that he/she has nothing to contribute. The real imposters are those who hold supreme confidence in their writing and in their opinions – blowhards with laptops. Real writers are always afraid their work is not good enough. Pressfield eloquently takes us on this journey; he assures us that we’re supposed to be scared, and that we’re supposed to do the work anyway. Here’s his advice from The War of Art: “Are you paralyzed with fear? That’s a good sign. Fear is good. Like self-doubt, fear is an indicator. Fear tells us what we have to do. Remember one rule of thumb: the more scared we are of a work or calling, the more sure we can be that we have to do it.” God Bless you Stephen Pressfield.

Check it out on Amazon:  The War of Art: Break Through the Blocks and Win Your Inner Creative Battles

Bird By Bird: Some Instructions on the Writing Life, Anne Lamott

The title of Lamott’s book on writing came from her dad. Once, when her younger brother had a term paper to write on birds, was given three months to accomplish the assignment but hadn’t begun until the day before it was due, he was completely overwhelmed. Lamott’s father put his arm around the boy and said, “Bird by bird, buddy.  Just take it bird by bird.” That’s how Anne Lamott teaches her students to write, ‘bird by bird.’ She’s funny and interesting, a great teacher. In this world of blogs, tweets, posts and YouTube videos, Lamott reminds us of the magical thing we writers (and publishers) produce. “For some of us, books are as important as almost anything else on earth. What a miracle it is that out of these small, flat, rigid squares of paper unfolds world after world after world, worlds that sing to you, comfort and quiet or excite you. Books help us understand who we are and how we are to behave. They show us what community and friendship mean; they show us how to live and die.”

Check it out on Amazon:  Bird by Bird: Some Instructions on Writing and Life 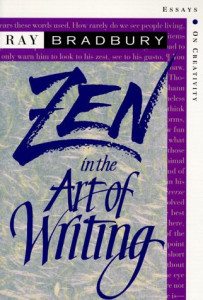 Zen in the Art of Writing, Ray Bradbury

I grew up reading the science fiction writing of Ray Bradbury; his stories stay with me, in memory, today.  Whenever a writer I read, admire and have grown to love through his writing (Stephen King is one of them; if C.S. Lewis had written a book on writing it would be on this list) writes about the craft of writing, it is, to me, like learning the craft of gardening or woodworking from a favorite uncle. It’s not just instruction or advice; it’s more intimate than that. Bradbury was there, leading me on grand adventures and expanding my universe as I grew from a boy, through adolescence. Learning the craft that fueled our journey from ‘Uncle’ Ray is like handing down a tradition from one generation to the next.

Here is why Bradbury counsels us to write every day: “We must take arms each and every day, perhaps knowing that the battle cannot be entirely won, but fight we must, if only a gentle bout. The smallest effort to win means, at the end of each day, a sort of victory.

A variation of this is true for writers. Not that your style, whatever that is, would melt out of shape in those few days.

But what would happen is that the world would catch up with and try to sicken you. If you did not write every day, the poisons would accumulate and you would begin to die, or act crazy, or both.”

Check it out on Amazon: Zen in the Art of Writing: Essays on Creativity

If you haven’t read these books, don’t let the next year escape you before you do. They’re the life of writing; that’s something we need to be reminded of during the grind of daily keyboard whacking.

Do you have a favorite book on the craft of writing that isn’t on the list? I’d love to know what it is. Maybe we can build the list together in the coming year.