Every Prophet In The Bible

Share with a friend! buy two or more copies and save 20% 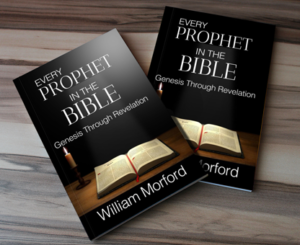 Can you count all the prophets in the Bible?

We know from Sunday School that the “Major Prophets” are Isaiah, Jeremiah, Lamentations, Ezekiel, and Daniel. But Lamentations isn’t a prophet; it’s a book, probably written by Jeremiah, so we can only count him once. That’s four so far. The “Minor Prophets” include Hosea, Joel, Amos, Obadiah, Jonah, Micah, Nahum, Habakkuk, Zephaniah, Haggai, Zechariah, and Malachi. That’s twelve, so we’re up to sixteen. How about Samuel, Elijah, Elisha, and David? That’s four more; now we’ve got twenty prophets in the Bible.

What if I told you there are at least fifty-four prophets in the Bible?

Did you know that six didn’t even have their names mentioned? Twelve appear in the New Testament, and one of those spans both.

This 345-page volume includes all the Prophets listed in the Bible, both the Hebrew Scriptures and the New Testament. The Prophets are in chronological order in which each Prophet spoke or wrote. That order helps us to understand that prophets often spoke of future times hundreds of years from the happening of the prophecy. While this book is fairly comprehensive, it is not an exhaustive study, so perhaps some of the readers will take on the exhaustive study.